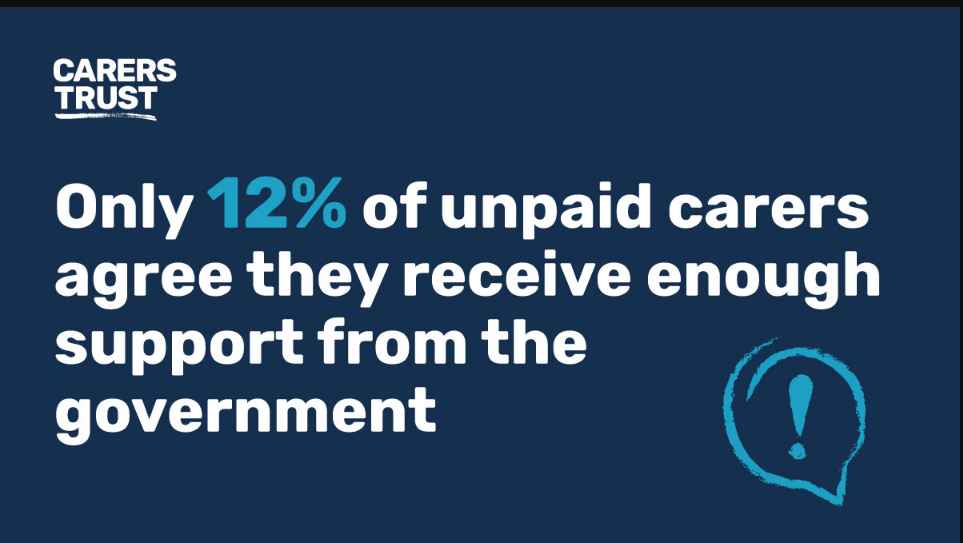 Thanks to the many Surrey carers who fed into Carers Trust’s recent survey on the support from the social care system.

Carers Trust have published the results which contain some extremely concerning findings:

With carers exhausted from all the extra hours spent caring and the lack of support they receive, it is unsurprising that the three most common responses given by unpaid carers about what support they need most to continue caring were:

The responses provide an important evidence base to carry forward  lobbying and campaigning work to improve support for unpaid carers across the UK, including a reformed social care system.