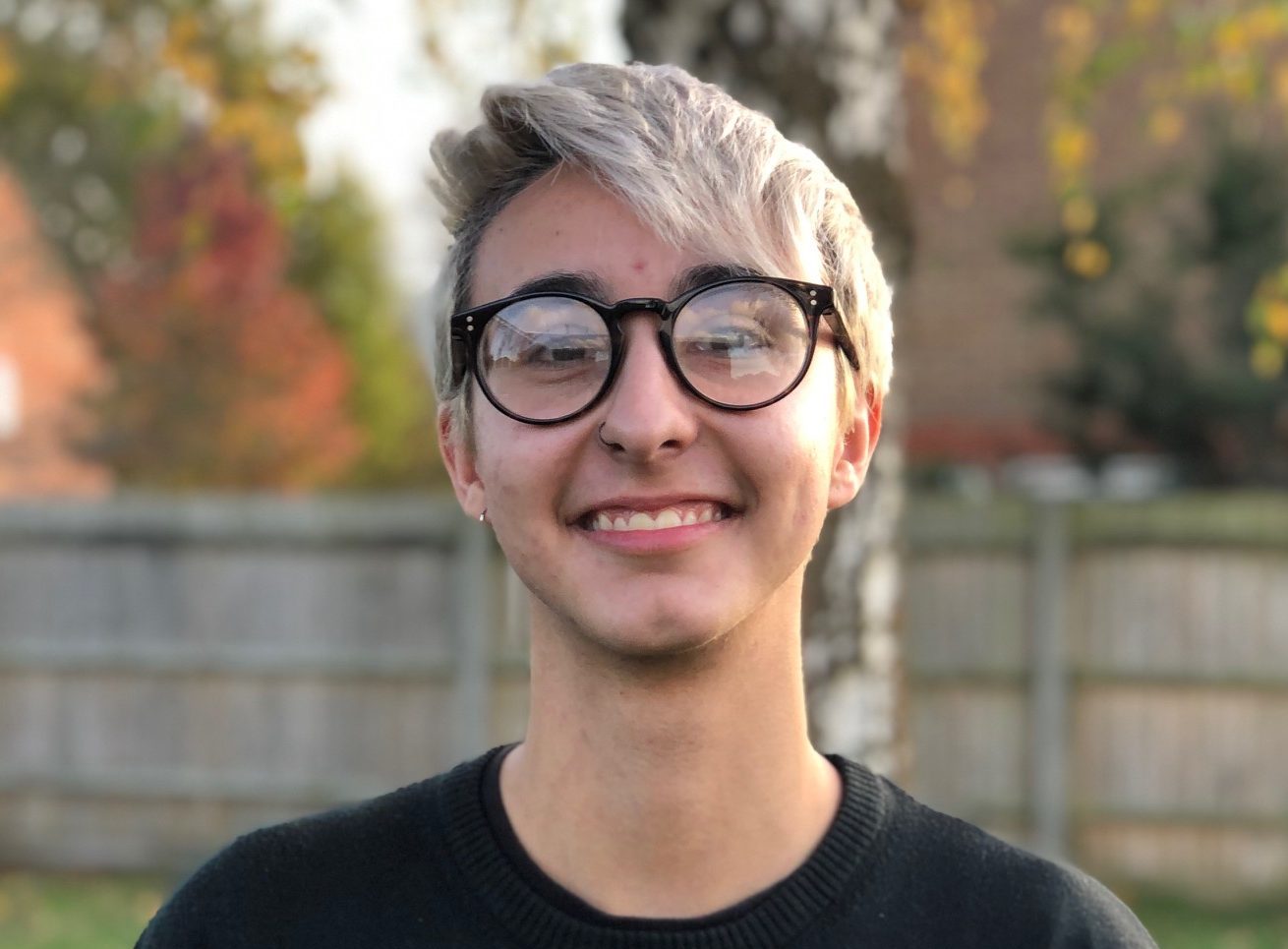 Josh is 20 and lives in Guildford with his mum and younger brother. He looks after his mum who has had several bouts of cancer including cancer of the bones.

“I became a carer at around the age of 13 when my mum had her first round of cancer. It left her very tired and exacerbated the arthritis in her back so she was in a lot of pain.

At school I was doing okay, although I was very quiet and anxious. School were fairly supportive and actually referred me to Surrey Young Carers. It helped that I knew someone who was also a carer and they told me that SYC do fun stuff so I thought ‘I’ll give it a go!’

Most of that time is kind of a blur, I’ve probably emotionally blocked a lot of it out. Some social things were hard, for example I couldn’t invite people round and I couldn’t hang out socially much. School did try and help me though. I had a time-out card and if things got a bit much in a lesson, I could hand in the card and leave, but that left me feeling very self-conscious and it felt like I was separating myself more from my peers.

It was before the second round of her illness, less in the throes of cancer, when Mum was struggling with back pain and tiredness that I got more involved with Action for Carers.

We did meals out, went to Gourmet Burger Kitchen, Pizza Express, nice social things like that. It was really nice to do something different. I don’t go out with Mum, she can’t really. So I’ve done things I wouldn’t have done normally like seeing the Guildford ice hockey team.

Each time you go to one of those events you get to know people better. I still see some of those people from the events when I was younger and now the young adult carer group is smaller and some people go every time, so you get to know them.

There are lots of things that young adult carers struggle with. There tends to be more support for carers in school and colleges but outside that, things are less regimented and you’re just sort of left to figure it out for yourself. That’s why it’s been so helpful to talk to my co-ordinator at Action for Carers. Just having someone to talk to that understands. I don’t have anyone else who can do that.

Caring can leave you with a lack of time especially when I’m working full time and my brother’s at school. It’s just me to do everything for Mum. But I would say it’s the emotional burden that I find hardest. I feel like I’m not doing enough. I know a lot of YACs feel that sense of guilt.

A lot of people think I’m a paid carer or that caring is just for old people.

It’s difficult to have your own life. Going to university and leaving home are big decisions; a lot of YACs think about staying very close. I went to uni in 2017 but I only lasted a term because I came home all the time. Even though the university I was at wasn’t far away, I was doing 3 days at uni and then 4 days at home because of my caring role. I thought about Surrey Uni, just because it’s closer, even though it’s not somewhere I really wanted to go.

Being younger I’ve found a lot of medical professionals have not been great. Cancer nurses would say things like “I’m just gonna take your mum off for something” and they never asked if I wanted to go with them or anything like that. I think they believe I’m not capable or don’t understand, which is very annoying.

On the plus side, I think caring has allowed me to be much closer to my family. And I know how to live as an adult, I can do housework and everything. I’m quite a responsible and independent person because I’ve had to be self-sufficient.

A lot of people think I’m a paid carer or that caring is just for old people. I know a lot of people who don’t like the word ‘carer’, they think it’s clinical and it means you’re washing the person and dressing them. Sometimes that can be the case, but it’s also listening to their problems, sitting with them when they’re in pain, bringing the shopping in because they can’t lift it, etc.

If a young person was new to caring, I’d say register with ACS! Also, try and find out about benefits and entitlements. A lot of people don’t know what’s out there and just struggle through.

I’d also say make sure you’re still doing something you like. Have a hobby, go to the gym; make sure you have something that gets you out of the house and caring because you need to have your own time as well.