It’s our 30th Anniversary this year 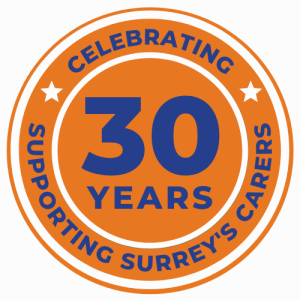 We’ve been here for Surrey’s unpaid carers since 1992. Do you remember our early days?

The charity was established in April 1992 after a group of carers and supporters saw the need for an organisation that would recognise carers in the county.

Action for Carers Surrey was established in April 1992 after a group of carers and supporters got together, having realised the importance of recognising and valuing Surrey’s carers – and make those in positions of power sit up and take notice.

At the time, there was little acknowledgement of what carers did by either politicians or the general public. Looking after relatives and close friends was seen as family duty and very few of those who did the caring felt they could expect to have formal recognition for any needs and rights of their own.

Putting carers on the map

Included in their ranks were our former CEO, Jane Thornton, former Chair Janice Clark, and our former Finance and Support Services Manager, Angela Goman-Smith as well as Jill Pitkeathley, then CEO of Carers National Association, now Baroness Pitkeathley, a champion of carers’ rights in the House of Lords.

For and by carers

Between them, the group resolved to create an organisation with influence which would put carers’ issues in Surrey firmly on the map. Most importantly, it would be owned and run by carers, for carers. 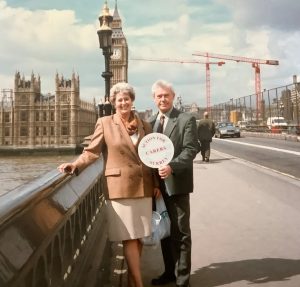 In those early days, founders of the fledgling Action for Carers Surrey (ACS) considered how they would tackle some of the key issues: preparing and distributing essential information to carers, publicising the circumstances of carers, raising awareness of carers with professionals and establishing a mouthpiece for carers which would provide vital evidence for turning issues into policy.

These were the foundations on which ACS was established and which remain central to what ACS stands for today.

Could you help us keep going another 30 years by doing some fundraising? As it’s 30 years, could you do something based around the number 30, for example:

We can provide sponsorship forms. If you’ve got any ideas about how you could help us with fundraising at all, please get in touch. Email [email protected] or give Fundraiser Sarah a call on 07773 618136. 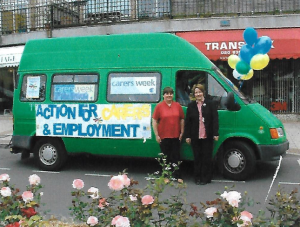 Do you have memories of the early days of Action for Carers? Were you part of the setting up of the original organisation? Or did you gain support early on, in the 90s for example, that made a difference you’d like to share with others?

Please email [email protected], or call us if you’ve any stories, or images, you could share.

What else is going on?

We hope to have a bigger celebratory event later in the year, to mark these 30 amazing years. We’ll keep you posted.

The evolution of our logo!