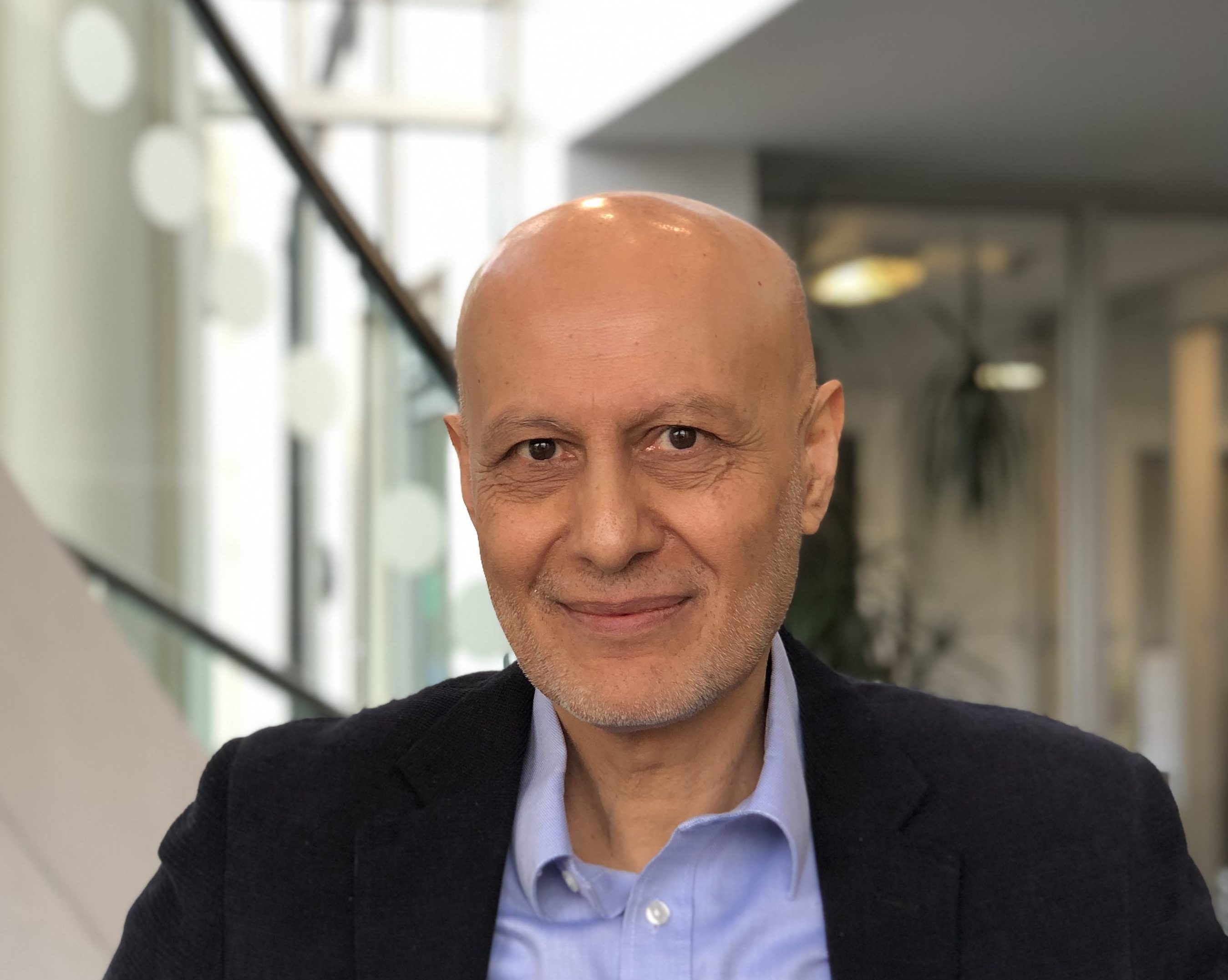 Hasu gave up a highly successful, international business in order to care for his wife. He has been an ambassador with Action for Carers Surrey for a number of years and delivers training to professionals on carers.

“In my case it was mental illness with my wife. She was, now I realise, getting depressed for a long time but we didn’t pick it up until it was full blown manic depression. And to be honest I didn’t really know what that diagnosis meant at that time. And the other diagnosis was bipolar disorder.

I was very busy travelling the world, working on various projects. Being self-employed can be very stressful. I had been very lucky with work but it was very busy and I felt I had to keep taking the work on. When I finished a job I would worry about the next one!

Then my wife had left her job, the children were less dependent on her and I think she felt she had lost her identity. She started getting up late, making demands I thought were unreasonable but in hindsight I could have been smarter and recognised she wasn’t well.

I did try to get her to see a doctor when she was fully manic. But she still hadn’t been diagnosed and I was having great difficulty in getting her to see anyone professional. She did go once because she had somatic pains with breathlessness. But any reference to mental illness was a no-no because, you know, it’s a stigma thing.

All I can say is that this period was such a rollercoaster ride. Up until that point I felt I had every stress-coping strategy under my belt but nothing could have prepared me for the stress of mental illness. The normal stress that other people feel is not even a patch on this. I was almost brought to a nervous breakdown myself.

There was one time she didn’t sleep for three days running and I was so scared. I was physically exhausted but I couldn’t stop her. I thought at any moment I might get a call from the police that she had been in a horrible accident. I thought either she’s done damage to somebody else or herself.

I used to take her to A&E in the middle of the night. She would change her mind about going 25-30 times on the way so I would be going back and forth at one o’clock in the morning. On a couple of occasions she actually fainted and she would be rushed in and seen early. I would try and tell the nurse it was a mental illness not a physical thing but then they would completely ignore us. She would go right to the bottom of the list, but of course this was very hard for her because she was thinking she was dying.

It got to the point where I thought our two children are trying to do their exams, they are being affected. I have to stop work. We had to live off my savings for two years and then take on a huge loan. It was buying me time to figure things out.

Often there’s a break up in families with mental illness simply because people aren’t supported and they can’t cope. But when everything went wrong with my wife’s health and suddenly I was caring, I knew at least that I had protected my children’s education and that we were together. That was important to me because I hadn’t had that experience myself growing up.

The other thing that happened at around this time was my own health problems emerged with my heart. This was primarily as a result of stress. But I would not go to the hospital because I was so worried about who would look after everyone. I would have chest pains and just pray that hopefully the problems I was experiencing were something else and not serious. I wouldn’t call the GP because I didn’t want to end up in hospital for two days if it turned out not to be serious. That disruption I could not afford – I was taking the children to school things like that.

In the beginning wider family were supportive but then they started giving advice without really knowing the reality of the situation and I realised I wasn’t getting the practical help I actually needed. Sometimes they just couldn’t handle it because they didn’t understand mental illness.

My wife was finally admitted to hospital but luckily I came into contact with Action for Carers. I’d written a bit about my experiences of caring for mental illness trying to challenge the ignorance and stigma. ACS invited me to take part in a training session and that’s how I got started.

My confidence at this time was really down to zero but when I took part I started to slowly get my confidence back, so that ACS support was so invaluable and brilliant.

I’d lost so much that I felt I had nothing to lose by speaking out. Nothing would be as bad as what I’d gone through.

I find the biggest stress is worrying about the cared for. If the cared for is getting the right support, the carer doesn’t need as much support. Guilt is one of the most damaging emotions. It can totally devour you and eat away at your own health. I also have anxiety about them coping if I’m not around. If I think about that too much I’ll be like a blob of jelly. I have to just think about the present moment.

When I meet other carers I share things that I think can help them. When you first become a carer it’s hard but I think you need to be appreciative of whatever help you can get. Find out about what support you can get. It’s easy to feel that services are not responding to you but you have to remember it’s not the fault of the person in front of you. All the professionals at Action for Carers are such lovely people, that really helps, so keep presenting your case diplomatically and ask for help in a nice way.

And don’t be ashamed to ask for help!

I’ve really benefitted from Action for Carers Surrey, I’m educating professionals and have been an ambassador for a number of years. I feel I’ve helped to spread carer awareness and understanding.

But the most important thing is don’t give up!”

Are you caring for someone with mental health problems? If so you can find more about our support here: