Friday 8th May is Victory in Europe Day and this year will be a bank holiday. It is 75 years since the end of World War 2 in Europe when Nazi Germany signed an unconditional surrender. In 1945 celebrations poured out onto the streets all over the country as people rejoiced that the war had finally ended. All over the UK people danced and sang, and street parties were held up and down the country.

What an amazing day the 8th May turned out to be.  It all started a few days beforehand, I heard my Mummy talking to Aunt Smith next door, Mummy said that the war will be over now that Hitler (she used other words too but I’m not allowed to repeat them or I will get a thick ear) had committed suicide. I don’t know what that means but it sounds like a good thing and it proved to be too.

The war was coming to an end; it must be true as everyone was talking about it.  It was in the papers and on the radio. I would sneak a listen by sitting at the top of the stairs when I should have been in bed sleeping. That would have earnt me another thick ear if I had been caught.

I had been told by my Mummy that I had to help her that morning, she was the Akela for the cubs (which I was a proud member of) we had to go to the scout hut and I was told to carry two chairs from the hut to the far end of West Street.  It wasn’t far to walk but those chairs started to get heavy way before I got to West Street,  as I turned the corner Aunt Smith was there bossing people around and telling them that this needed to be there and the bunting (that was being tied to the lamp posts) had to be higher.  It was all going on. The beautiful colours of the Union Jack bunting was all along the street, there was red, white and blue everywhere, I wasn’t sure what was happening, the chairs were taken from me and I was sent back for more.  I had learnt my lesson and I only carried one at a time from then on.  My big sister Eileen and Judy, her ugly friend, were carrying tables, I carried on with my task when I was joined but Cliff my best friend, he told me that all this carrying of chairs would be worth it as we were going to be having a massive street party because the war had ended.

I couldn’t wait, once all the tables and chairs had been set up I was dragged off to put my Sunday best on, I was warned not to make it dirty, and off we went to the best party that I have ever attended.  I sat next to Cliff, Arthur and on the opposite side was Violet and Daphne.

There was red white and blue and food as far as you could see. A mound of sandwiches, my favourite spam, jam and someone said cucumber (I managed to avoid the cucumber – yuck!). Jelly and blancmange and the best homemade ginger beer that I had ever tasted.

Once we had had our fill of sandwiches and jelly, the singing and cheering started, everyone was so happy they were dancing and hugging each other.

I remember sitting on my Mummy’s lap and thinking that I had never been up this late (unless we had to move to the shelter).

I asked if this meant Daddy was coming home as I missed him so much.

The current climate means that plans to celebrate the peace in Europe have had to be adapted but there are still lots of ways you can mark the day… The VE Day 75 website is packed with ideas and many will be following the timetable below: 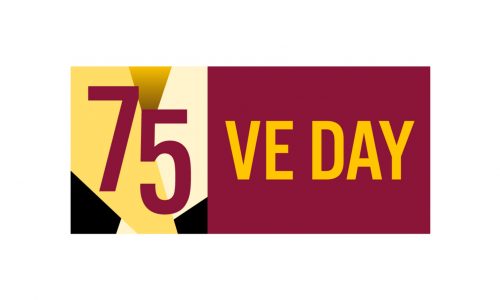 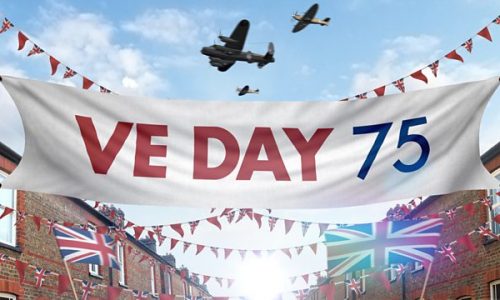 To access free, tailored, confidential support to help you in your caring role, register with us...